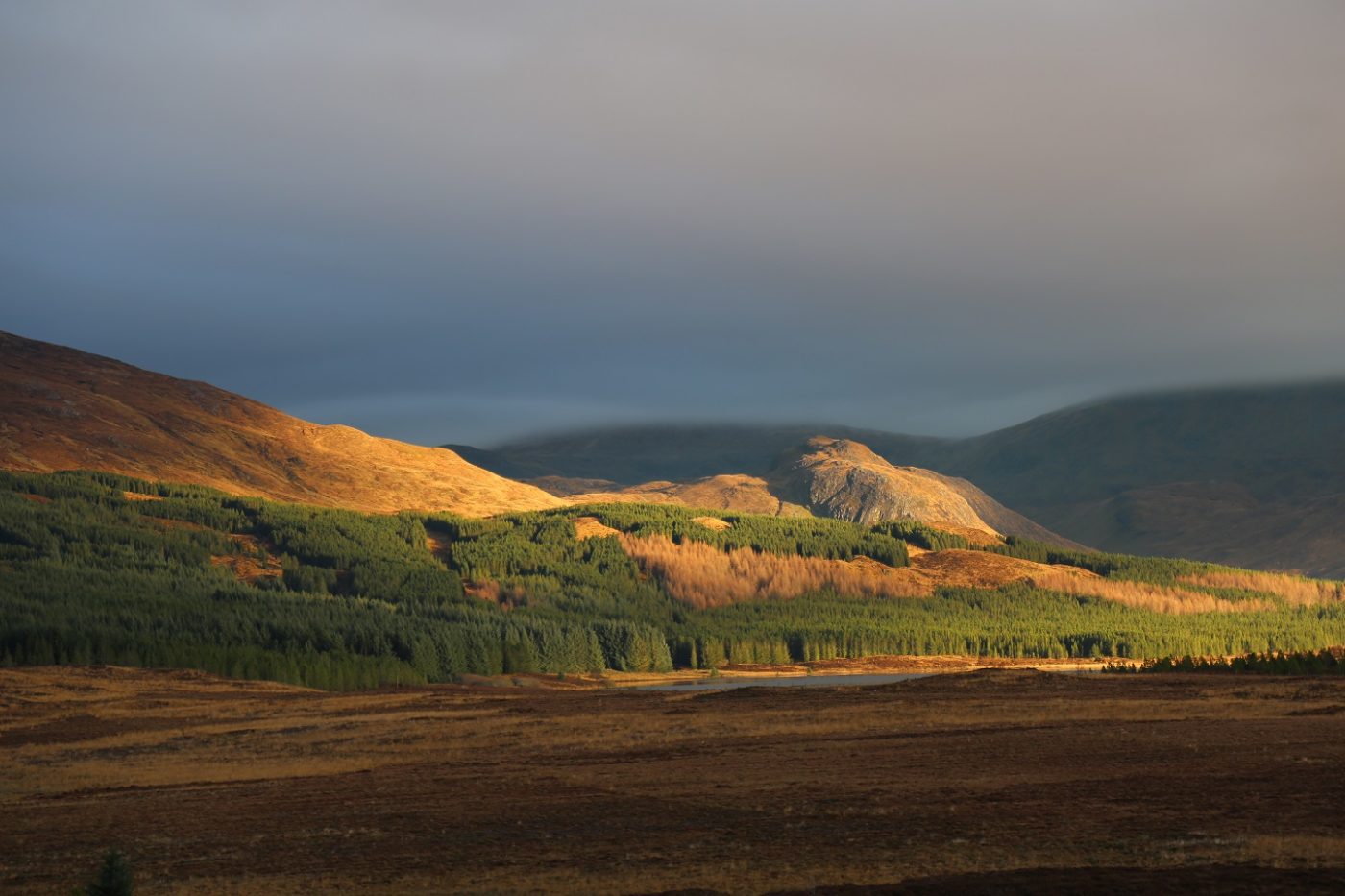 A landscape scale restoration project that will see an old conifer forest transformed into a modern, ‘mosaic’ forest, starts in earnest this month.

Located in a part of West Sutherland renowned for its mountainous landscapes made up of the oldest rocks in Europe, Forestry & Land Scotland’s West Sutherland land management plan  will restore blanket bog and plant new native woodland as well as new, mixed species and productive forestry.

Boosting biodiversity is a key aim of the huge – 67 square kilometre – project that stretches from Ledmore to Oykel Bridge. It will restore important habitats for species of all kinds.

The River Oykel Special Area of Conservation lies at the heart of the project: many of Scotland’s iconic native species can be found here including Atlantic salmon, Golden and White Tailed eagles, osprey and otters.

FLS’s vision is that in ten years’ time, much of the diseased and windblown forest of non-native conifers will have been removed and the first stage of restoring some 1400 hectares of blanket bog will have been completed.

Over time, natural regeneration in the Einig Caledonian Forest will tilt more heavily towards native woodland of pine, birch, aspen and rowan.

FLS also expects that by the end of 2032, it will have harvested mature conifer forests and altered the hydrology of the area to enhance the habitat needed by wading birds such as plover and dunlin.

Alongside this, FLS will plant the next rotation of smaller scale, mixed species, productive compartments of conifers, planted in a ‘mosaic’ of tree species which helps to make forests more resilient to damage from storms and diseases and implement its deer management plan.

This project exemplifies the ‘landscape scale interventions’ required if the UK is to reach its net zero goals and become more resilient to climate change, as suggested last week by the UK Environment Agency in its report, Working with Nature.

Speaking about the West Sutherland project, Neil McInnes Planning Forester – Caithness and Sutherland for FLS said, “Over the period of this plan we will begin land management restructuring on a landscape scale to change from 1970s and 80s style, conifer forest to a modern, biodiverse forest in an area of huge importance for tourism, wildlife and water protection”

Praising the plan, RSPB said how pleased they are to see a such a significant and ambitious proposed change in land use across the West Sutherland plan area, commending FLS for a “forward-thinking, ecosystem-led approach….[that] will create a more natural landscape and ….which will support biodiversity.”

The local, Kyle of Sutherland Fisheries Trust said they believed that the plan “represents a sea change in forestry practices and should act as an exemplar for future management plans.”