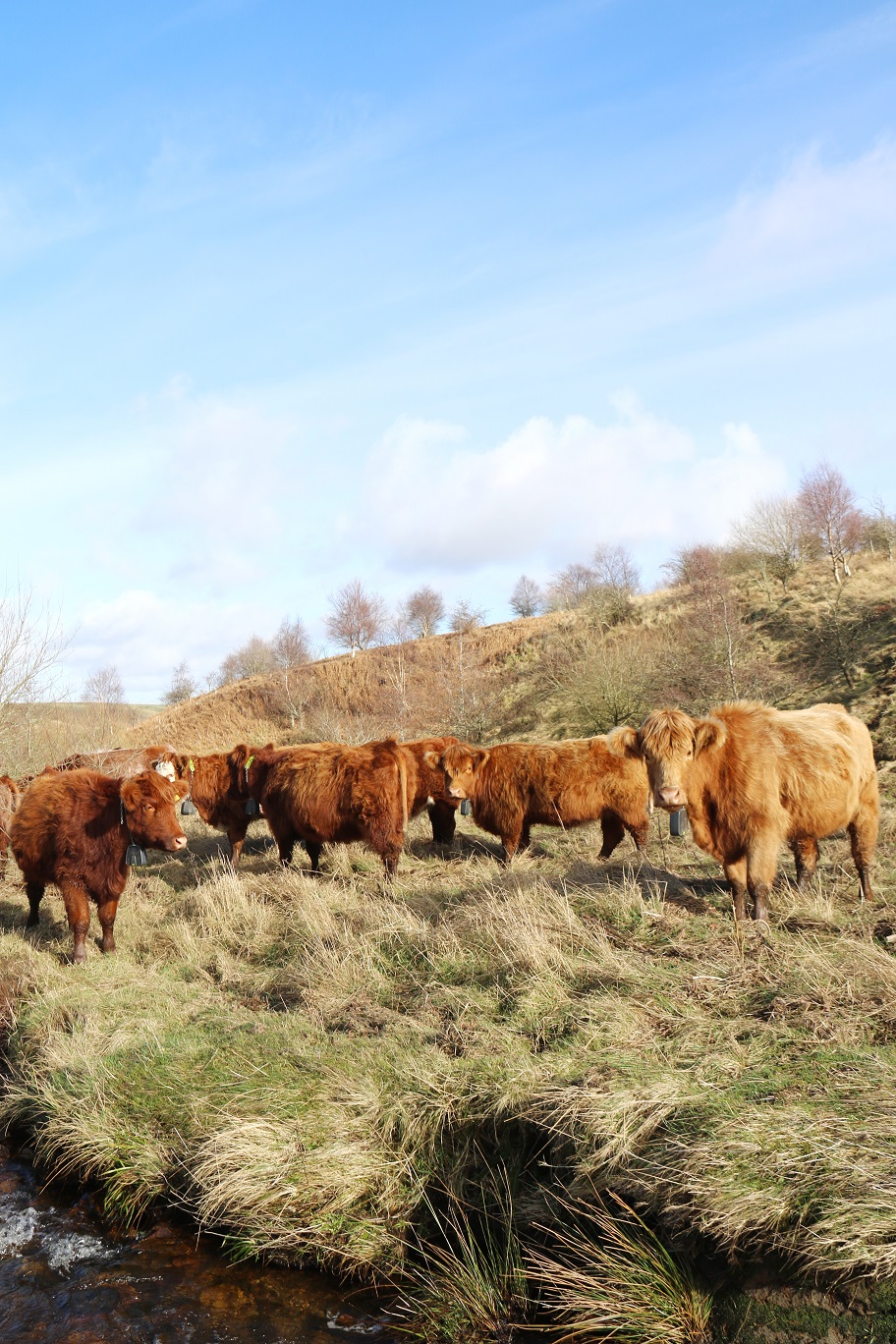 The grass is always greener: Satellites control where cows graze to promote biodiversity

Cows will be kept under control with GPS collars linked to satellites, in a trial of virtual fence technology –  the first in Scotland by Forestry & Land Scotland (FLS).

A team from FLS will create ‘virtual fences’ so that grazing areas can be controlled via computers linked to satellites.

The cows will wear GPS trackers that look like cowbells but emit an audible warning when they approach the ‘virtual fence’.

The warning gradually increases in pitch, and if the cow does not turn around, ultimately gives the animal a mild electric pulse equal to that from a standard electric fence.

It means that the cattle can safely wander – potentially across very large areas of many hundreds of hectares – without the need for fences or barbed wire.

The technology, being used for the first time next month at FLS Glentrool in Dumfries & Galloway, is particularly useful to promote conservation grazing.

The trial site in Dumfries & Galloway has been chosen by FLS specifically because it is on the edge of a SSSI.

The cattle will be used to ‘poach’ the ground, breaking up the bracken rhizomes and cropping back the grass, allowing other seeds and plants to take root.

The hope is that this will create open ground and, in time, promote self-seeded broadleaf regeneration from the nearby Glentrool Oakwoods (SSSI).

This will, in turn, naturally expand the range of this important, native woodland which is home to special plants, birds and insects, some of which are rare.

“We already use cattle in several of our forests to promote ‘conservation grazing’ such as in Mabie forest where they’re used to help create habitats for rare butterflies.

“If this trial is successful, it will allow us to consider a wide range of conservation grazing across our landholdings such as working over large areas of open hillside where we could not possibly build and maintain physical fencing.

“It will also enhance environment and biodiversity outcomes on habitats already managed by grazing livestock.”

Early discussions with prospective graziers have also highlighted that this technology could have additional benefits in improving livestock care and helping graziers to manage their operations more efficiently.

QR codes linked to the virtual fencing show the pasture boundary as well the animals’ location, so walkers can check before they go in to an area, to see where the cattle are.

The system, has been pioneered by the Norwegian company Nofence – World’s first virtual fence for livestock and is already in use in a handful of sites in England such as Epping Forest. Using a combination of GPS, mobile data network, audio signals and solar power, the system’s receivers track the exact position of each animal via GPS and the data is then transmitted to apps on the mobile phones of forest staff and graziers, who can then determine the grazing areas on digital maps.