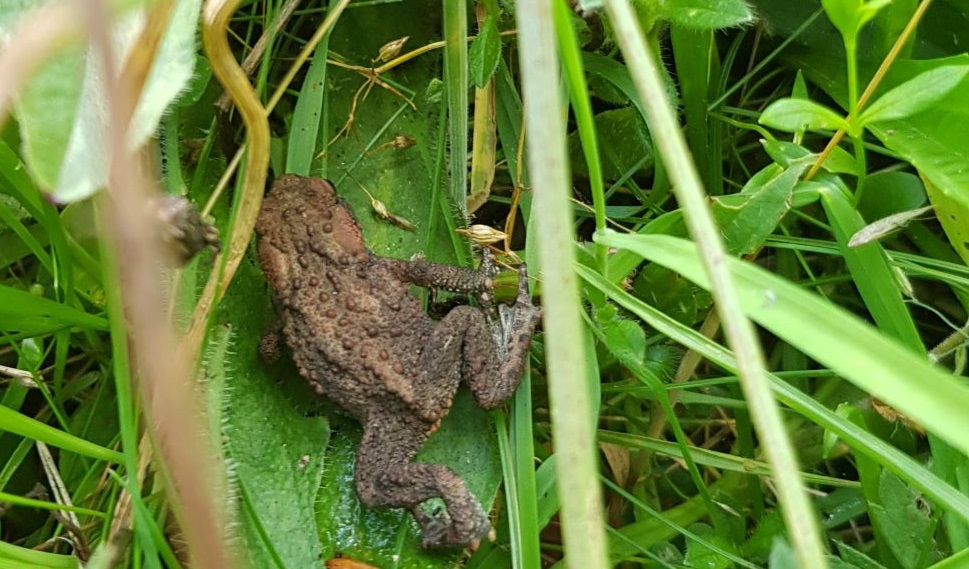 Newts are being given a helping hand this winter on a former open cast coalmine in Fife, thanks to work to build artificial, winter hibernation homes for the threatened species.

The Blairhouse project is part of a drive by Forestry and Land Scotland to repurpose a number of brownfield sites, while locking up carbon and improving the environment for protected species and humans.

Blairhouse, is already home to significant populations of amphibians including European Protected Species such as the Great Crested Newt, which are attracted by the ponds and wetlands that are commonly found on old opencast mining sites across Scotland.

While some species, such as the common frog, are doing reasonably well in the UK, other amphibians across UK and Europe more generally, are in long term decline and require active habitat management.

Once a common sight in back gardens and ponds everywhere, common toads for example have seen populations declining by 68% over the past 30 years (Petrovan & Schmidt, 2016).

Approximately 80,000 trees will be planted by the time the project is complete.

Tree species include birch, common alder, aspen, willow, oak, Norway spruce, Douglas fir, Macedonian pine, alongside native shrubs such as, hazel, hawthorn, dog rose, guelder rose, field maple.
Together with a group of corporate volunteers from NatWest – and in partnership with TCV (The Conservation Volunteers) – FLS is planting a new woodland on the former mine site to complement the productive plantation also being created.

“Once a common sight in back gardens and ponds, habitat fragmentation, the draining of ponds and wetland areas and a lack of suitable habitats are all factors in the continued decline in creatures such as toads and newts.

“By giving them a helping hand – by creating artificial, overwintering habitats – we can aid their recovery in the short term while the new woodland establishes to create natural hibernacula.

“We’ve selected the tree species to best match the local conditions and to provide habitats for animals and a lovely place to enjoy for human visitors. We’ve also taken into account climate models and likely warmer temperatures.

“Along with all of Scotland’s woodlands, this new woodland will absorb carbon from the atmosphere while it grows, helping to mitigate climate change, while ensuring a long term supply of timber.
Forestry and Land Scotland have been involved in the remediation of ex opencast mining sites for over 15 years.

Other vacant and derelict sites where FLS is currently creating woodland are Damside, Ponesk-Spireslack and Polkemment in Central Region; and Piperhill and Skares-Netherton in South Region. FLS is also working with a landfill operator at Greenoakhill, Uddingston, to create woodland following landfill operations.

These sites, along with others now owned by FLS, will yield around 1000 hectares of new woodland, once remediated and replanted.