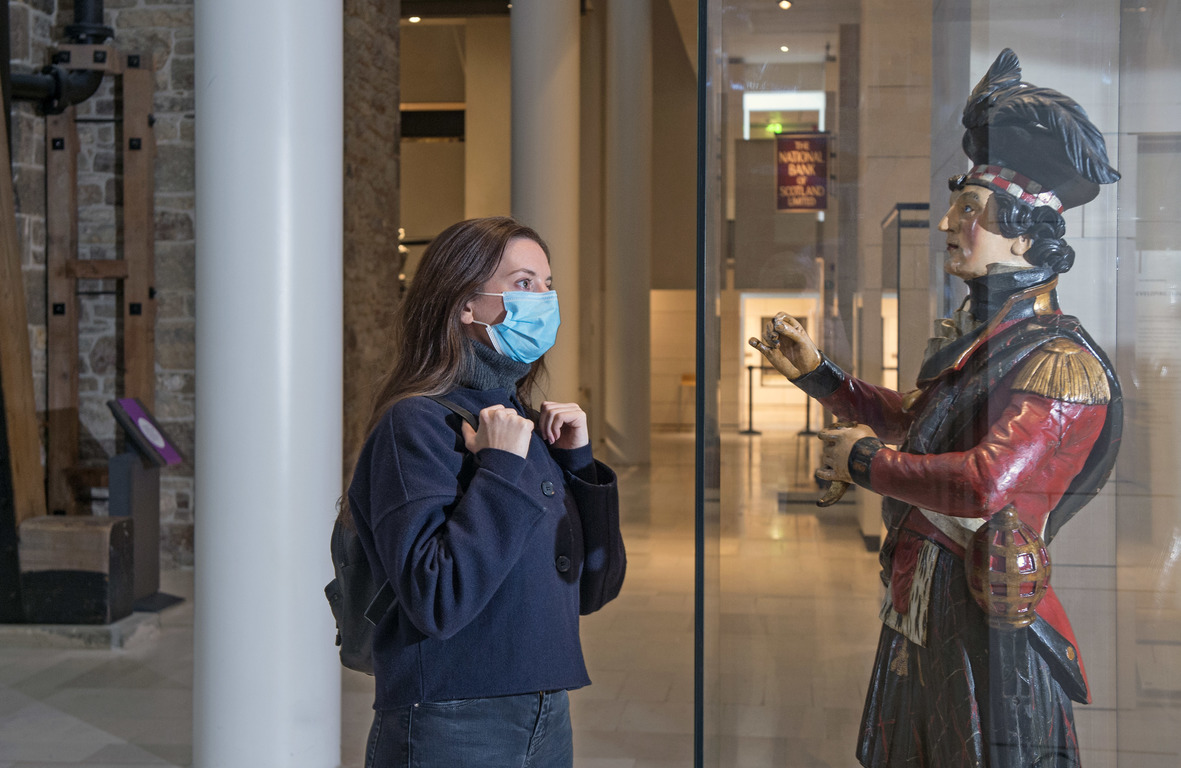 Visitors will have more to explore at the National Museum of Scotland from this month, as two further galleries reopen to the public.

The Scotland Transformed gallery features objects from the 18th and early 19th centuries, a period when Scotland moved from a rural, medieval society to an urban, modern one. Highlights include the Newcomen atmospheric engine, towering at 9.5m high, and a silver picnic set which belonged to Bonnie Prince Charlie.

Meanwhile, the Early People gallery showcases archaeological treasures from 8000 BC to AD 1100. Visitors to this gallery will have the opportunity to see the Cramond lioness, a Roman sandstone sculpture which was unearthed just a few miles from the Museum in the River Almond, Cramond, in 1997. Other highlights include the Iron Age carnyx, an iconic Celtic war trumpet and the two-tonne Pictish Hilton of Cadboll stone.

Visitors to the National Museum of Scotland will also be able to see the exhibition New Thinking, New Collecting, which is new for 2020 and on display until 31 May 2021. This display showcases items from National Museums Scotland’s Scottish History & Archaeology collections including ornate stone balls carved around 5,000 years ago and crockery commissioned and used by the Empire Café project in Glasgow during the 2014 Commonwealth Games.

To ensure visits to the Museum are safe and enjoyable for visitors and staff, the reopening of galleries has been phased. Until now only galleries on Level 0 (Entrance Hall level) and parts of Level 1 (Grand Gallery level), Level 3 and Level 5 have been open.

“After being closed for so many months we are thrilled to safely welcome visitors back to these two fascinating galleries. The reopening of Scotland Transformed and Early People gives people the opportunity to reunite with objects not seen for almost nine months. We’re delighted to be able to share them with our visitors once again.

“As with the rest of the Museum, we have significant health and safety measures in place, including the use of face coverings, hand-sanitising stations and one-way routes, to ensure the safety of visitors and staff.”

The National Museum of Scotland is open seven days a week between 10:00–16:30. Admission is free but must be booked in advance here.