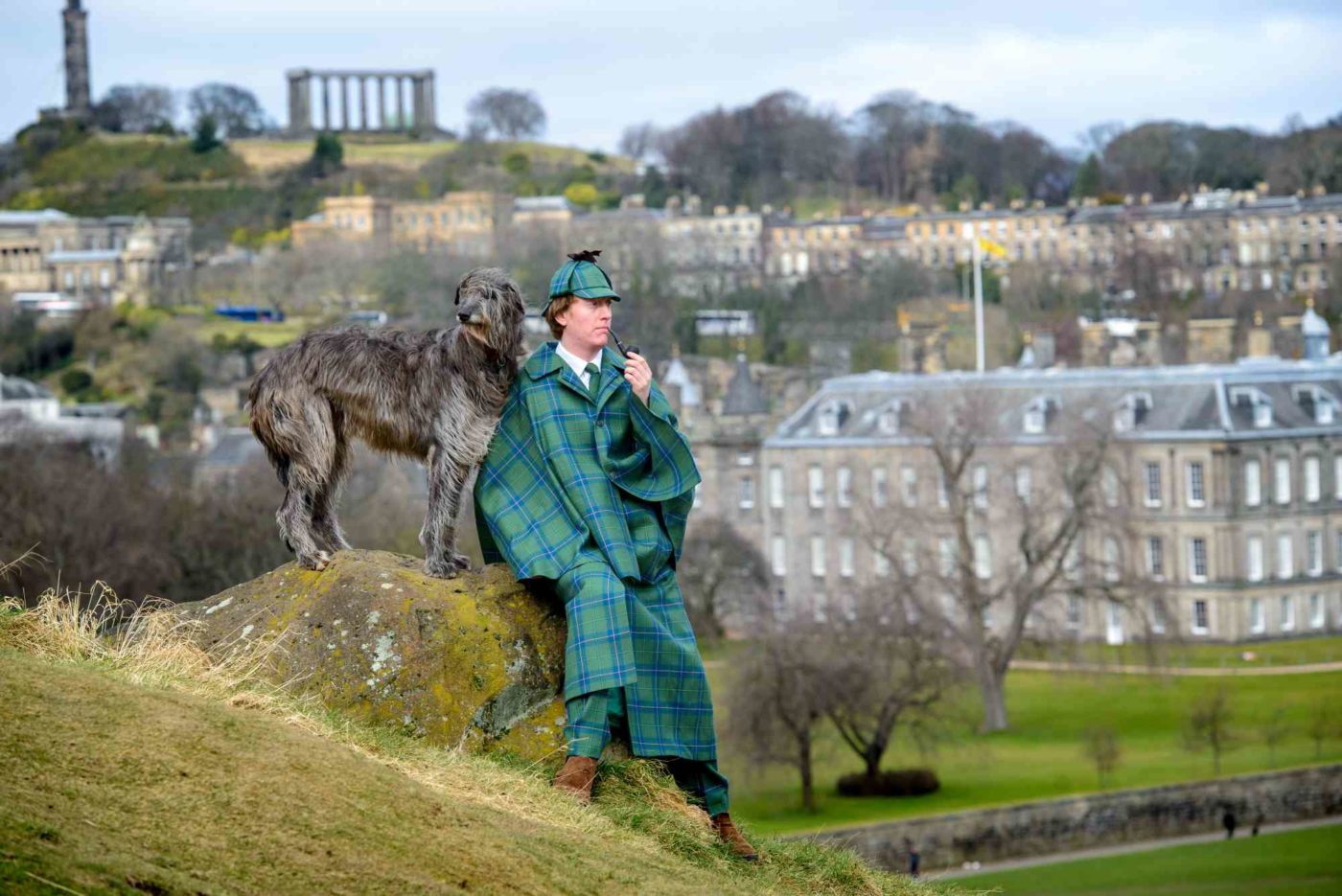 A new tartan created to commemorate everyone’s favourite sleuth, Sherlock Holmes, is coming to the US with its creator, a descendant of the Conan Doyle family.

Sir Arthur Conan Doyle was born in Edinburgh and gained his medical degree from Edinburgh University. Now, his creation Sherlock Holmes has become the first literary character to have his own tartan approved by the Scottish Register of Tartans. It was designed by Tania Henzell, a great-great step granddaughter of the author, who worked with local, Scottish weavers the House of Edgar, to create the unique tartan, perfect for fans of both Scotland and Sherlock.

Tania is in New York during January 2020 to meet with Sherlock enthusiasts and to demonstrate her unique products, including a special sale event at the Roosevelt Hotel, East 45th Street, on Saturday January 18.

“Tartan has great design appeal, and it was a fascinating experience coming up with a pattern that reflects who Conan Doyle was, as well as tying in elements that are entirely Sherlock. I have a background in fashion design and have been thrilled to use my knowledge to design this unique family tartan,” Tania said.  Tania was very fond of her step great grandmother Jean, who was Sir Arthur Conan Doyle’s youngest daughter.

“We have created a growing range of high quality items including, of course, a beautiful deerstalker hat. Sherlock Holmes fans will be thrilled with the dramatic cape, stylish bowties and other finds.”

A detective as famously intelligent as Sherlock Holmes would have little difficulty in tracing the meaning in his own bespoke tartan. Rather than a study in scarlet, the Sherlock Holmes tartan is predominately green and blue – reflecting author Sir Arthur Conan Doyle’s Irish and Scottish heritage – highlighted by a lighter blue line to represent the Reichenbach Falls and a yellow line to represent the deductive clarity of Sherlock.

Sherlock Holmes has a distinctive style, which owes much to early cinema portrayals. Actor Basil Rathbone is often considered the quintessential Holmes, playing the detective in a string of classic movies, starting with the Hound of the Baskervilles in 1939 and continuing throughout the 1940s. The deerstalker cap and Inverness cape became so iconic of Holmes that even television’s most recent interpretation of the character, played by Benedict Cumberbatch, (who is a distant relative himself!) makes ironic reference to the headwear.

And although both these items are available in the Sherlock Holmes tartan, Tania’s team has created a range of fashionable accessories that will appeal to men and women, including that most Scottish of items – a kilt. Like all good kilts its multiple pleats will add swing to any celebratory activity and can be accessorised with matching cummerbund or waistcoat.

Other highlights of the 2020 collection include:

Sherlock Holmes tartan products are perfect for sleuthing on the moors, uncovering grisly deeds in stately homes or whiling away an evening in a Baker Street apartment. It is easy to deduce that they also make excellent gifts for anyone who loves detective novels, Scotland or both.

The full Sherlock Holmes tartan range can be viewed and purchased here: https://www.sherlockholmestartan.com/