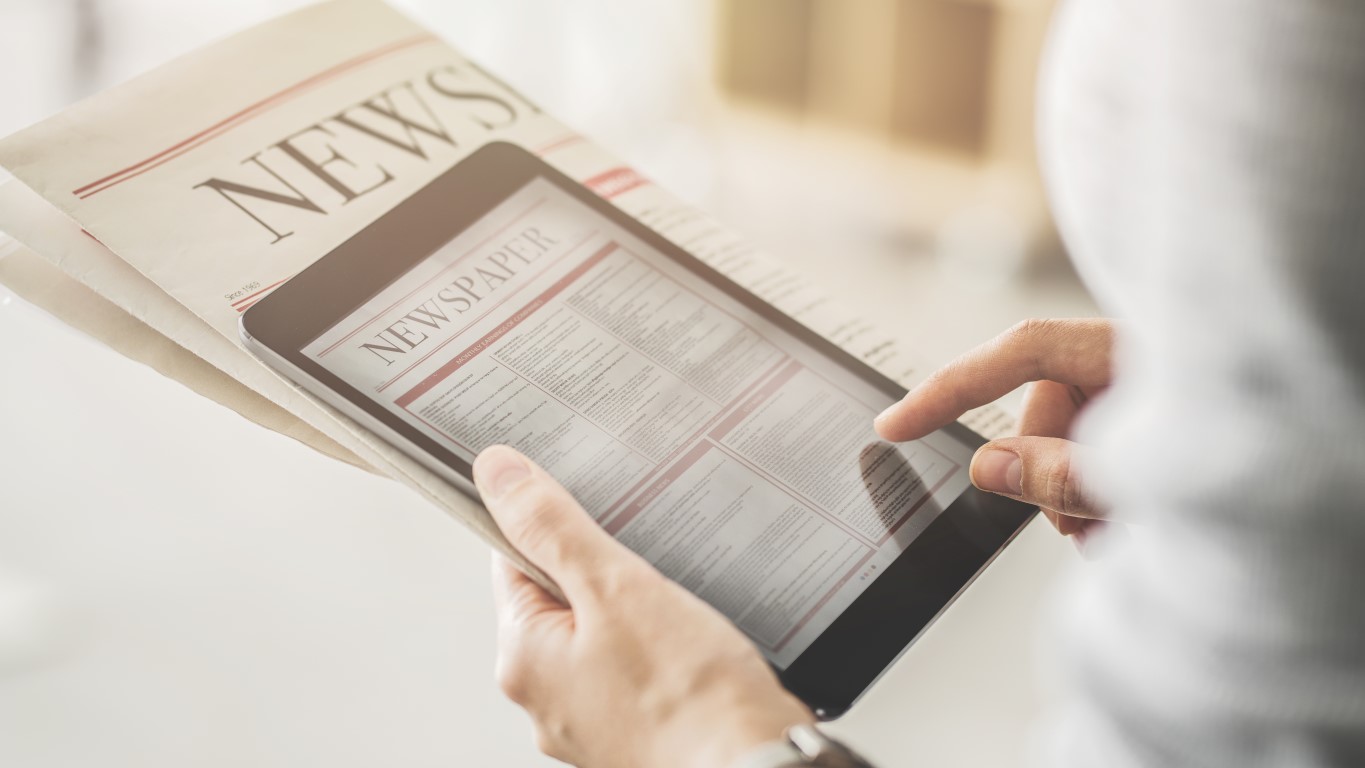 News – how do you get yours?

You may or may not have heard – or care – about John Humphrys bowing out of Today, BBC R4’s flagship news programme, last week after 32 years.

His retirement had an unexpected impact on me, even though I’m not a particular fan.

I began to think about the whole issue of ‘news’ and how I personally consume it. Could the way I consume news link directly to my upbringing or is it just a feature of my age?

I was brought up in Northern Ireland during the Troubles. In my house we knew never to speak when the news was on and mealtimes were planned before or after the almost-sacred bulletins. And the daily Belfast Telegraph (also known as ‘The Paper’) would be religiously read from cover to cover and then neatly folded so it looked as pristine as when it had been delivered. And my dear Mum insisted on listening to the midnight news in bed every night before turning off the light – no wonder she had insomnia!

But in retrospect, it seemed like an almost unhealthy, selective (restricted to ‘Norn Irn’ issues) obsession with the news and its rather parochial nature led to me becoming temporarily disinterested in my teens. It probably wasn’t until I left for University ‘across the water’ that I realised the news was actually about more than just Catholic and Protestant hatred and violence.

You know the saying we all dread, that you grow to be like your parents? There is definitely some truth in it, as news seems to become more important as I get older. I’m still embarrassingly conventional when it comes to the news channels: TV, radio and newspapers. What’s not to like about an afternoon spent in a coffee shop with the Sunday papers? Personally I think there’s a good reason why papers like The Guardian and The Times, enjoyed increased sales in the last year (you can check out Ofcom’s full report on current news consumption in the UK here).

Of course,The TLDR millennial generation would disagree. They mostly likely regard papers as already out of date (imagine, they were printed last night!) in the same way the idea of fixed times for news bulletins is laughable. After all, news is available 24/7 on Twitter. This was clearly illustrated today: the morning papers all detail the weekend struggle to save Thomas Cook but, having been printed last night, they miss the real ‘news’, namely that the much-anticipated liquidation is now a reality.

I am often impressed about how well-informed my kids are – mainly via social media or bulletins straight to their phones – about worldwide issues I certainly wasn’t aware of or cared about at their age.

Theirs is also a generation for whom Fake News is actually a thing. While there is much to despise around the origin of this term, it does perhaps make us question the credibility of our sources and make us less passive/accepting. And, to help with our questions, we now have access to important sites such as Full Fact, which will no doubt be invaluable to historians of the future when they have the unenviable task of relating the Brexit period.

While I still like to sit in front of the TV and watch the 10 o’clock News, I am gradually breaking with tradition and have recently found myself ‘asking Alexa’ for the headlines around 9.45pm. Then, depending on how compelling or not they are, I might choose to watch the latest episode of The Affair instead. There may be hope for me yet …