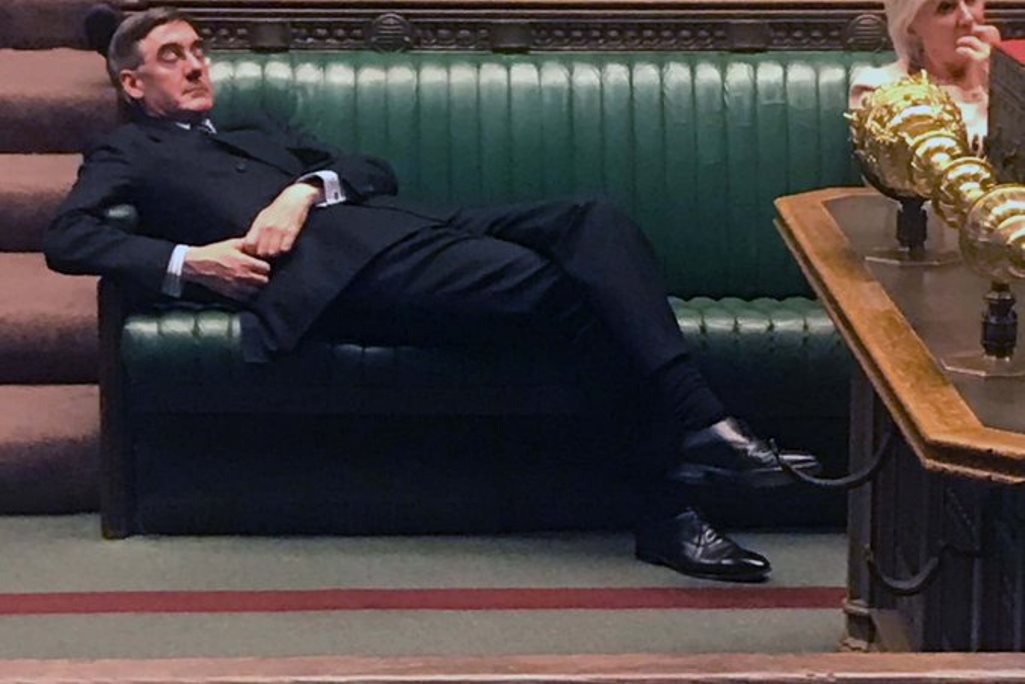 Body language is in the news today, thanks to the behaviour of MPs in the House of Commons last night, during a crucial debate.

This behaviour included slouching, leisurely nose picking and walking about while others were speaking.

The ubiquity of smart phones and the ever-increasing importance of images and video to make news stories come alive, means most of today’s politicians understand that politics is as much about image and appearance, as it is about messaging.

Dr Philip Lee used this to his advantage when he made his dramatic entrance and crossed the floor of the house to join the Lib Dem benches while Johnson was mid-flow.

Others apparently, don’t care or are arrogant enough to believe it doesn’t matter. Ian Duncan Smith MP spent some time picking his nose, in full view of the cameras. Meanwhile, Father of the House, Jacob Rees-Mogg MP, spent much of last night lounging across three seats in the Chamber, apparently dozing.

The reactions on Twitter, from commentators and politicians of all parties, were fast, funny and in Rees-Mogg’s case, sometimes furious. It’s an irony that Rees-Mogg, seemingly more at home with a daguerreotype than a meme, has today joined the panoply of grumpy cat, distracted boyfriend and Doge the shiba inu.

It’s said that two-thirds (50-60%) of the brain is involved in processing visual images and that the brain will not only see – but interpret – an image in a tenth of a second. So it is not surprising that relatively subtle visual clues – never mind very unsubtle ones such as Rees-Mogg’s – can set Twitter alight.

That is what happened when President Trump apparently walked in front of the Queen while inspecting her honour guard at Windsor Castle a few years ago.

It happened again recently when Nicola Sturgeon batted away Boris Johnston’s arm as he tried to usher her in to the front door of her own official residence, Bute House, a few weeks ago.

Albert Mehrabian, a pioneer researcher of body language in the 1950s, found that the total impact of a message is about seven per cent verbal (words only); 38 per cent vocal (including tone of voice, inflection, and other sounds) and 55 per cent nonverbal. We believe that what we say is most important, but actually, our actions are far more telling.

Labour MP, Anna Turley, called Rees-Mogg’s slouching the “physical embodiment of arrogance, entitlement, disrespect and contempt for our parliament”. If he had behaved like that in the Chamber of the Scottish Parliament, he might have fallen foul of the Code of Conduct for MSPs which insists that MSPs should, at all times, treat their colleagues with respect. Breaches of the Code are liable to sanctions.

Similarly, there are Codes of Conduct governing the standards expected of Councillors and members of the boards of public bodies, overseen by The Standards Commission for Scotland.

This body is responsible for investigating breaches of the Codes and applying sanctions.

Politicians in particular should be aware of the influence their role brings and how their behaviour sets an example, both through the tone, the words and the body language they use to conduct their debates.

Guidance on Scotland’s Councillors’ Code states that at all times, ‘disruptive behaviour’ should not be tolerated and urges politicians to consider whether their behaviour, including their body language, is courteous and respectful even when they hold a different view. Even if they totally disagree, the Commission suggests that politicians should ensure they are perceived as engaged and listening to what others are saying.

After all, a failure to do so could be seen as being disrespectful to the people whom other colleagues are representing. The Standards Commission says that these Codes are necessary to ensure that public confidence both in the representative role – and democracy itself –  is not undermined.

Perhaps MPs should reflect on this.