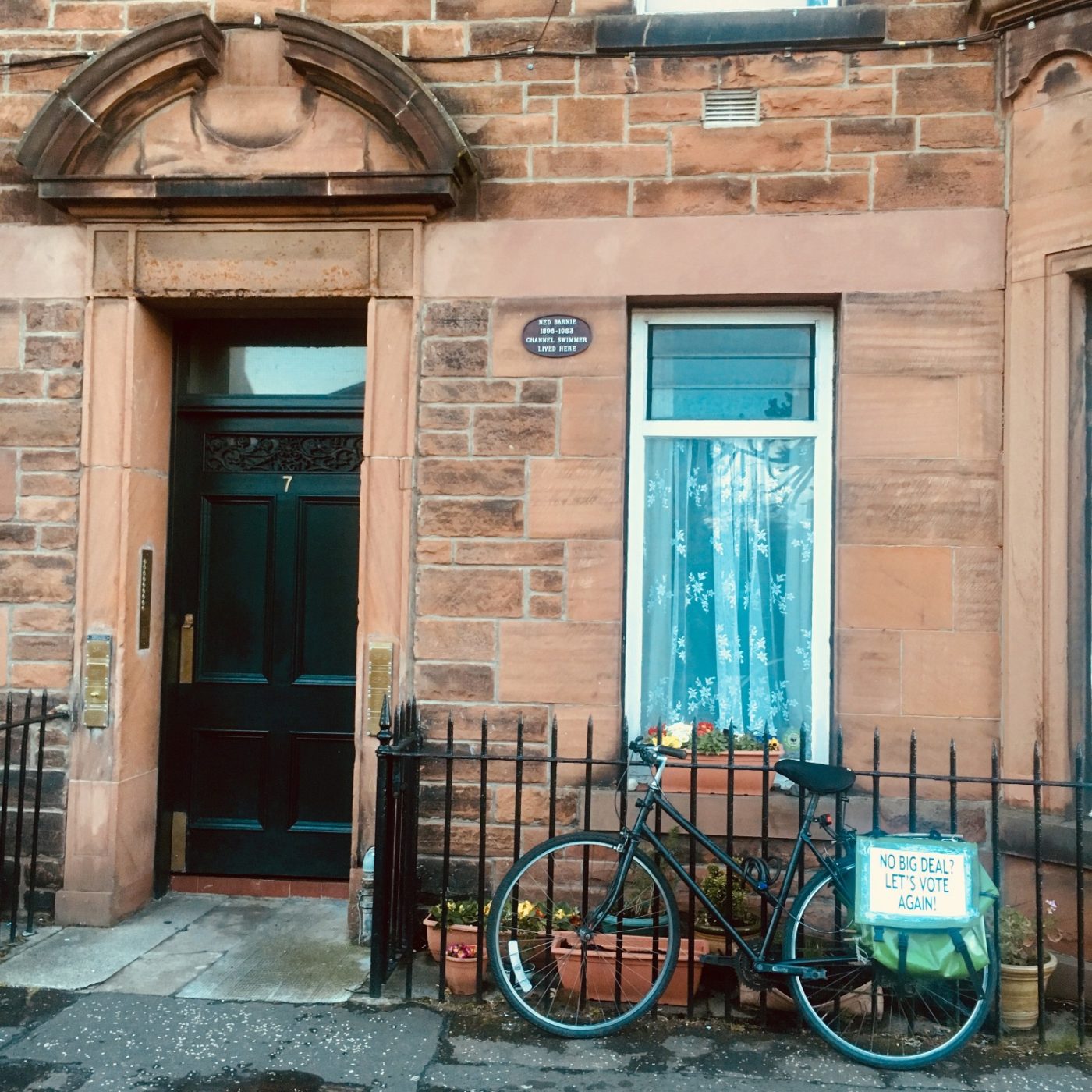 With social media channels dominating so much of our working and waking lives, it’s easy to forget (or not notice) how powerful direct communication can be.

Two weeks ago, I posted a photo on Instagram of a bicycle protestor who lives near my home in Edinburgh.

Aged 97, and using the panniers on his bike as a moving and ever changing billboard, his latest message called for another vote on the boorach* that is Brexit.

The week before, his cycle panniers had carried a message about free music tuition in schools and earlier in the year it was Trident.

I find that his bicycle-pannier posters stick in my mind infinitely longer than transient Tweets, however clever or funny they are.

Last weekend I found myself in a crowd of a million or so people marching for The People’s Vote in Central London.

Most phone networks were jammed for the duration of the march, making it impossible to post updates, messages, images or send texts.

Instead, we marched and talked – and mostly laughed about the witty, clever and occasionally elaborate home-made protest posters carried by fellow marchers.  Many of these have since been shared by the media or by us, as fellow marchers.

Good communication is that which stays in your mind for a long time – think of the adverts from our childhood we cannot forget, headlines like ‘Up Your Junta’ and some of the images shown from high profile protests, which have much more power than a Snapchat image.

While social media is an important part of communication and something we use daily in our professional lives, the power of an image or a moment might stay with us longer and therefore have more power to create change.

There’s a lot to be said still for the power of print, the simple message or even just a poster.