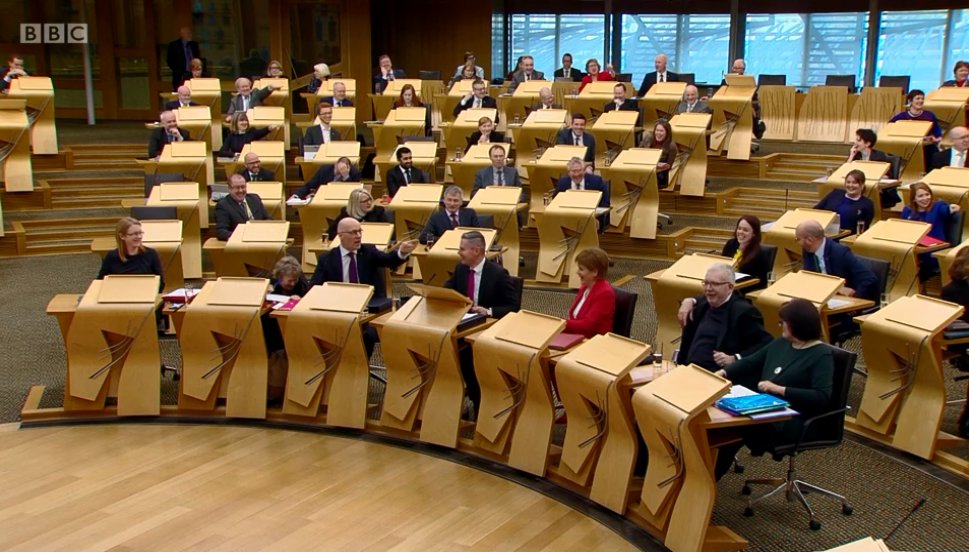 Hold on to your seat

Yesterday morning, with the Scottish Government’s budget bill looking set to fall at the first hurdle, sensationalist headlines whipped up the possibility of a snap Scottish election. Adding in last minute speculation of deals to be done, the stage was set for drama at Holyrood.

But in the end, a deal with the Greens announced just minutes before the Finance Secretary took to the chamber paved the way for a smoother passage through parliament. And while MSPs sat a little safer in their electoral seats, perhaps Environment Minister Roseanna Cunningham should have held on a little tighter – literally.

Whilst the Greens will be tallying their success, the Scottish Conservatives were also counting the ‘triple tax bombshell’ contained within the concessions made by the SNP. Local Authorities will soon gain further tax raising powers including the ability to levy charges on overnight tourist stays, workplace employee parking, and increase council tax by a maximum of 4.79%.

Raising funding concerns from local authorities, Scottish Labour’s Neil Findlay began to make the case for further number crunching. An interjection from the Finance Secretary thanked Mr Findlay for his IT blunder of issuing his rebuttal speech ahead of time, and pre-empted the now slightly out of date figures – drawing attention to COSLA’s statement welcoming the additional funding measures secured by the Greens.

The additional promise to begin cross party discussion on council tax reform could eventually lead to considerable changes in the way these charges are calculated.  However the SNP have kicked the issue into the long grass, setting out a desire to reach an agreement by the end of this parliament and bring the legislation forward after the 2021 elections.

Perhaps trying to set a more collaborative conciliatory tone ahead of the next parliament – at which point the SNP could be nudging itself towards almost two decades in power – the current minority government should look to make friends in the eventuality that the Scottish Tories continue to nip at their heels in the polls.