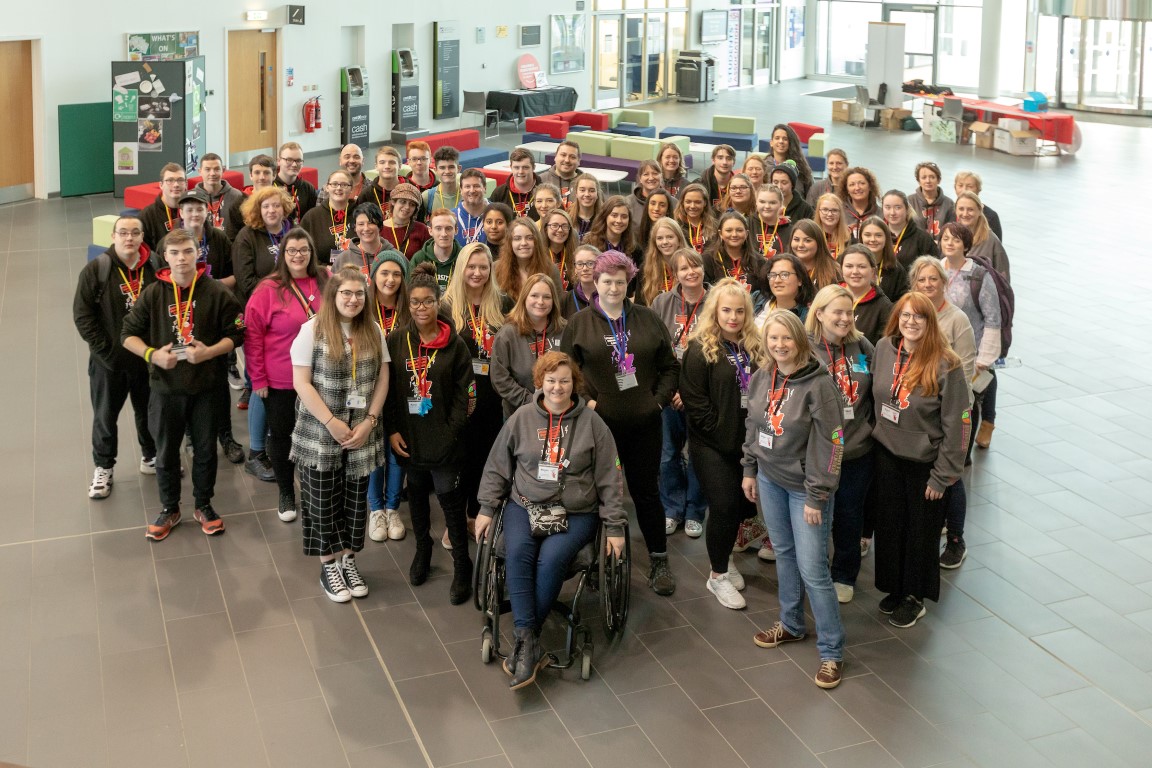 A growing network of human rights defenders was strengthened over the weekend when more than 50 young people met in Inverness to target the work of the Children and Young People’s Commissioner Scotland.

Participants came from across Scotland including Shetland, Orkney and the Western Isles, and were joined by delegates from Jersey and Northern Ireland. The Commissioner, Bruce Adamson, and his staff created workshops to help young people learn more about their human rights, and about ways in which they could defend their own rights and the rights of others.  They also explored what the significant issues were for young people and to identify what rights they felt needed defending.

The Young People’s Human Rights Gathering is an opportunity for young people to scrutinise the Commissioner’s work and priorities and ensure that their voices are heard. Participants heard from the office’s Human Rights Defender Action Group, each young person sharing their experiences of their activism including on cultural rights, gypsy/traveller rights and the work of Anne Frank Ambassadors.

‘Human Rights Defender’ is a term used to describe people who, individually or with others, act to promote or protect human rights. The role references rights in the Universal Declaration of Human Rights, many of which are reaffirmed in the UN Convention on the Rights of the Child (UNCRC).

Delegate Kayleigh Turner (17) from Shetland said: “We met so many amazing and inspirational young people and it was brilliant to have our voices heard.” Fellow Shetlander, Chloe Leask (16) added: “We learned a lot about human rights from the Commissioner’s team and not just what they are but how to defend them.”

Inequality and poverty were two key issues that emerged from the workshops. Participants felt that many young people are being held back due to unequal access. Austerity continues to hurt young people with delegates talking about holiday hunger, transport costs and the complexities of trying to cope. The weekend aimed to inspire more young people to defend their rights and feel able to challenge those in power when they are ignored.

“It’s my job to make sure children and young people understand their rights, and that those rights are respected, protected, and fulfilled. Inspiring and encouraging children and young people to be or to recognise their actions as human rights defending is an important part of empowering and supporting them to challenge where they see that rights have been violated.”