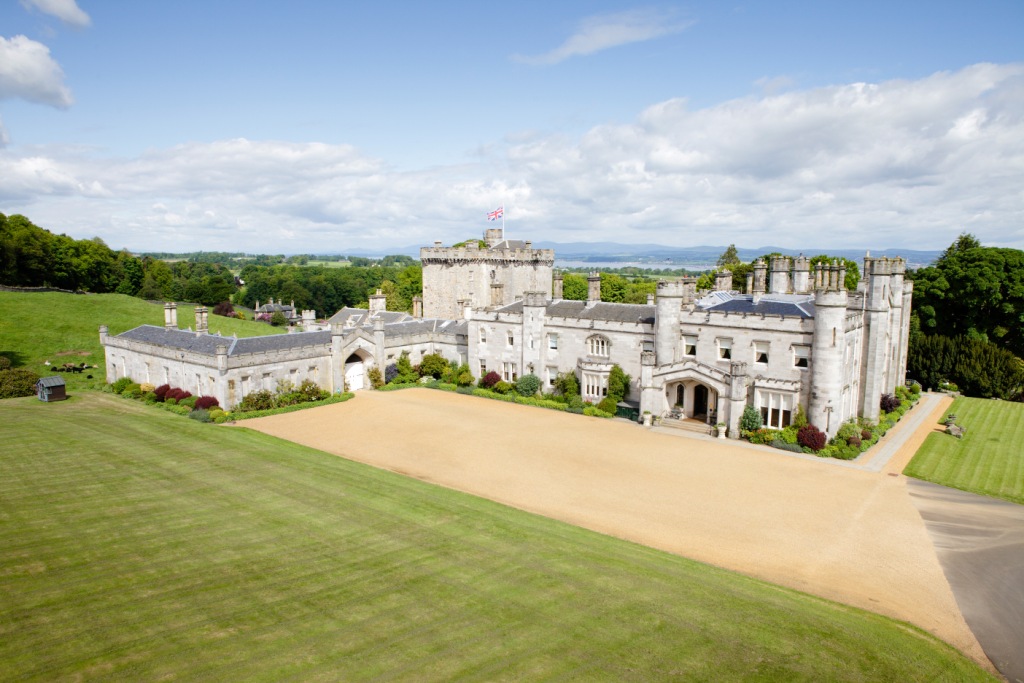 To mark the premiere of Season Three of Outlander, Luxury Edinburgh residence, Dundas Castle, is opening its doors to Claire and Jamie fans with the launch of the Outlander Experience.

From 10 September, guests can follow in the footsteps of their favourite characters, while living like a true Laird and Lady in an authentic 18th century Scottish castle. Using the Castle as their residential base, ‘outlanders’ can visit the places which inspired the best-selling novels, as well as filming locations for the TV series.

Working with Private Concierge Scotland, the team at Dundas Castle will create a bespoke package to suit individual needs, helping guests to create their perfect Outlander themed adventure, with dinners, excursions and entertainment.

Over a two day itinerary, the package includes visits to see many of the Outlander locations across Scotland, with travel options of bus, car or even luxury helicopter tours. Taking in impressive sites such as Doune Castle – which acts as Castle Leoch in the TV series; Glencorse Old Kirk, where Jamie and Claire tie the knot; and Linlithgow Palace which is used as Wentworth Prison; fans will gain a fascinating insight into where the series is filmed, as well as an appreciation of the breathtaking Scottish landscape described in the books.

To add to the feel of the stay, the package can also incorporate grand dinners in the Castle’s medieval stag chamber, whisky tastings, traditional ceilidhs, clan battles, Scottish pipers and a dramatic ‘Beating of the Retreat’ to act as a grand finale to the experience.

Just a 15 minute drive from Edinburgh Airport, Dundas Castle is a piece of Scottish baronial splendour with 17 bedrooms, a 600 year old keep and extensive luxury and comfort.   The Castle, still the home of owner, Sir Jack Stewart Clark and his wife, Lady Lydia, is available on an exclusive use basis and is the ideal location for a special weekend of romance, history and discovery. Guests are given complete private use of the Castle and immediate grounds, allowing for a real home from home feel.

Dundas Castle is a spectacular five star venue, featuring turrets, impressive staircases, sumptuous bedrooms and roaring fires.  Popular for weddings and corporate getaways, as well as family parties and group events, the Castle features its own romantic boat house, a private squash court and the spreading lawns and woods of the Estate.