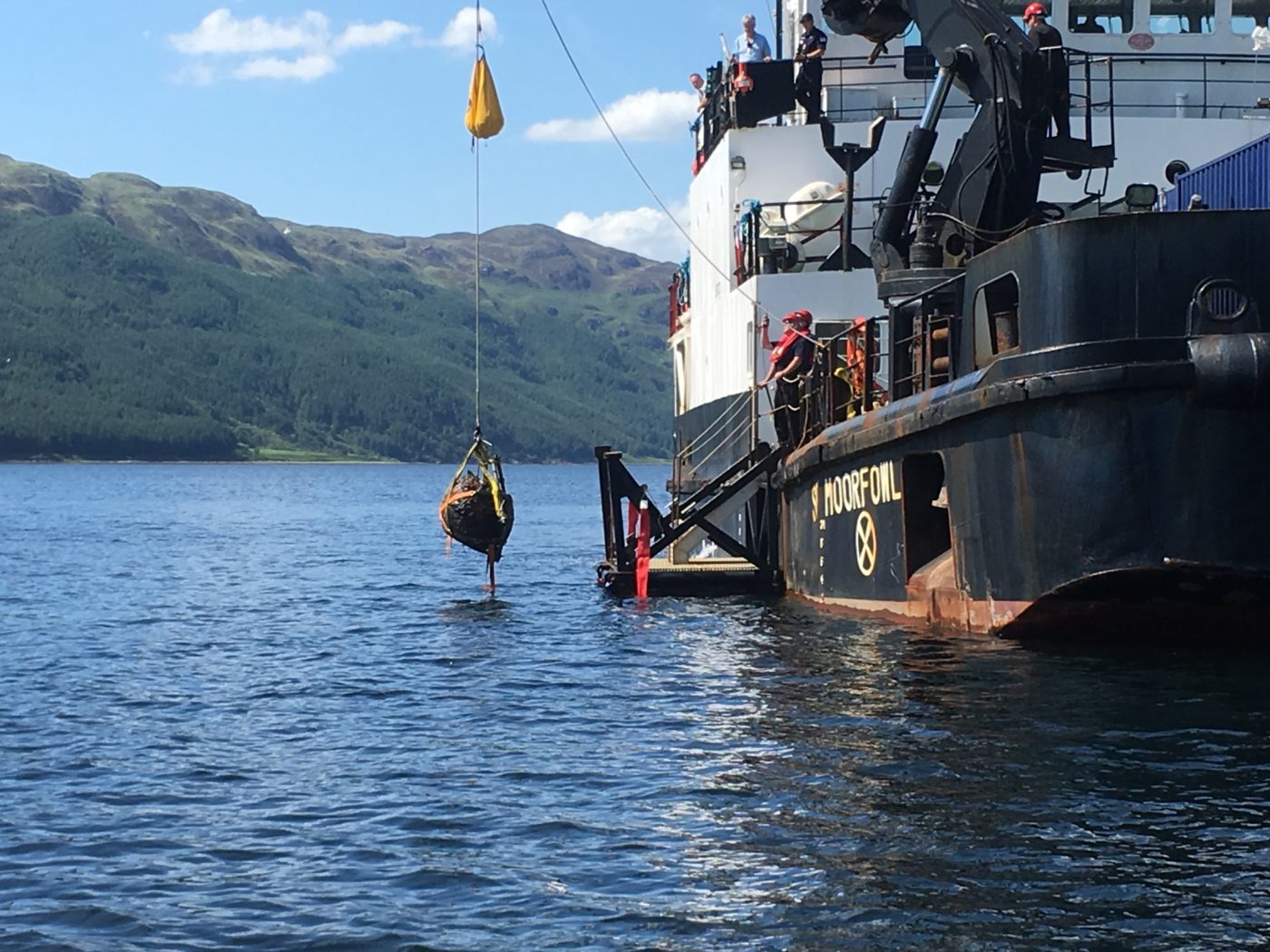 A specialised piece of underwater scanning equipment has been used to locate and identify WW2 ‘bouncing bombs’ in a Scottish loch.

GSE Rentals, part of Unique System UK provided the scanning equipment and engineering support to produce sonar images of the sea bed at the dive site currently being explored by the British Sub-Aqua Club (BSAC).

The scuba divers have completed a daring mission to raise two historic, ‘Highball’ bouncing bombs like those used by the Dambusters squadron on the successful raid of the Eder Dam (see note 1).  Footage of the Highball bombs being tested was used in the World War II film classic, The Dambusters.

The iconic Highball bombs were recovered in perfect condition by divers, thanks to the technical input from Unique Group.

Speaking on behalf of the company, Mike Osterberger, Unique Group’s senior engineer said, “We are pleased that the quality of the images allowed us to identify not only a debris field with a number of Highballs but additional debris that we believe to be side charges from the X Craft type submarine.”
The scanner was pulled by a workboat from fellow Scottish company Aspect Surveys. Sub Sea Tooling Services based near Aberdeen also provided an underwater ROV (Remotely Operated Vehicle) to assist with filming the searches.

Around 200 Highballs have lain at the bottom of Loch Striven in Argyll, for almost 75 years since they were tested by the Royal Navy for use against enemy ships and for the Eder Dam raid in the Second World War.

The bombs, which are inactive, were secured by the divers ready for lifting by the Royal Navy and then winched to the surface before being packed, ready for transport in wet tanks containing a special salt-water solution to prevent them from corroding.

Now the aim is to donate the Highballs to two museums so they can be put on display to the public, in time for the 75th anniversary of the Dambusters raid, in 2018.