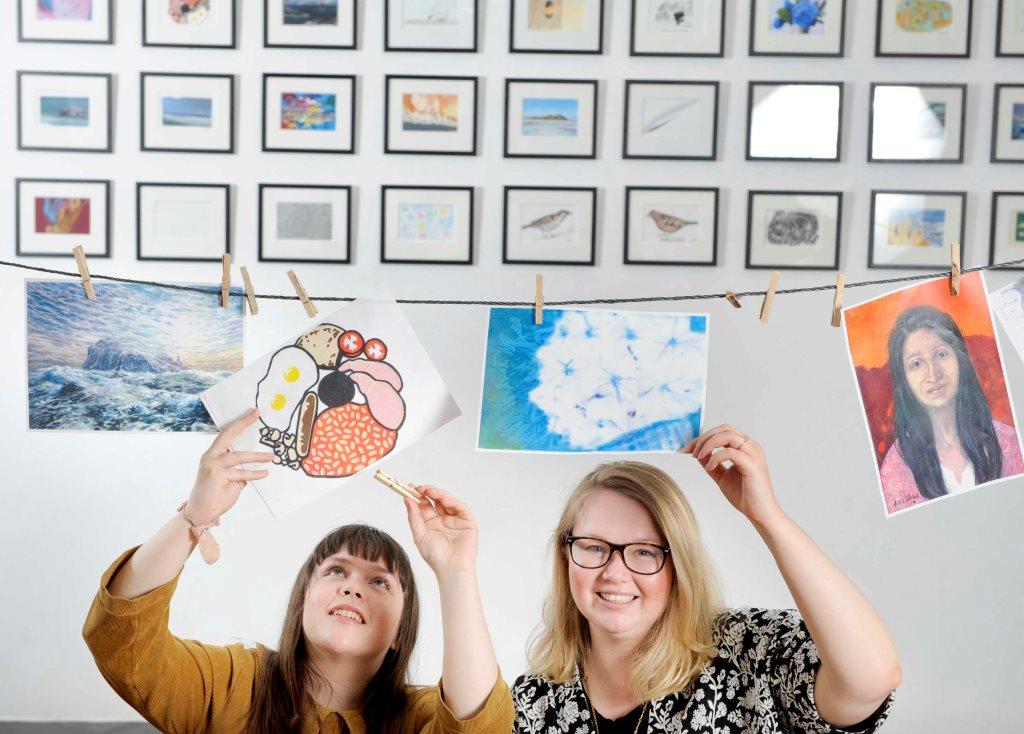 Bids on Rock Trust’s postcard art exhibition have raised in excess of £6,800 in aid of Edinburgh’s homeless youth.

The three week long auction ‘Between a Rock and an Art Place’ attracted thousands of bids which were placed on the 162 donated pieces of art. The exhibition, the charity’s sixth, attracted art donations from 97 artists from a range of both local and well-known artists which were put up for auction at Edinburgh’s Summerhall.

Postcard donations included those from Avril Paton, known for her Glasgow tenement ‘Windows in the West’ piece and Edinburgh based Lynn Hanley and Stephen Mangan.

‘Girl in Hat’ by Stephen Mangan received the highest bid in the auction of £466, and also saw the toughest fought bidding war with 138 bids placed. While Stephanie Rew’s ‘Profile in Gold’ and Alison Watt’s ‘Bare’ also saw a large number of high value bids.

Madeline Cross, Rock Trust’s new fundraising and events coordinator, said: “Yet again we have to thank the generosity of the artists involved, our venue host Summerhall, and everyone who came down to view and bid on these mini masterpieces.

“Our supporters are the bedrock of everything we do, and we can’t thank them enough for raising a fantastic total which will go towards supporting Edinburgh’s most vulnerable individuals.”

For the first time, bidding took place online as well as in person at the summer hall exhibition. This has allowed more people than ever to view and bid on the charity’s biannual postcard auction.

The charity is now looking forward to celebrating the impact of their work over the past year at the Scottish Parliament in September and concentrating efforts on its largest fundraising event, the annual End Youth Homelessness Sleep Out, which will be held on Friday 3 November in Edinburgh’s Festival Square.