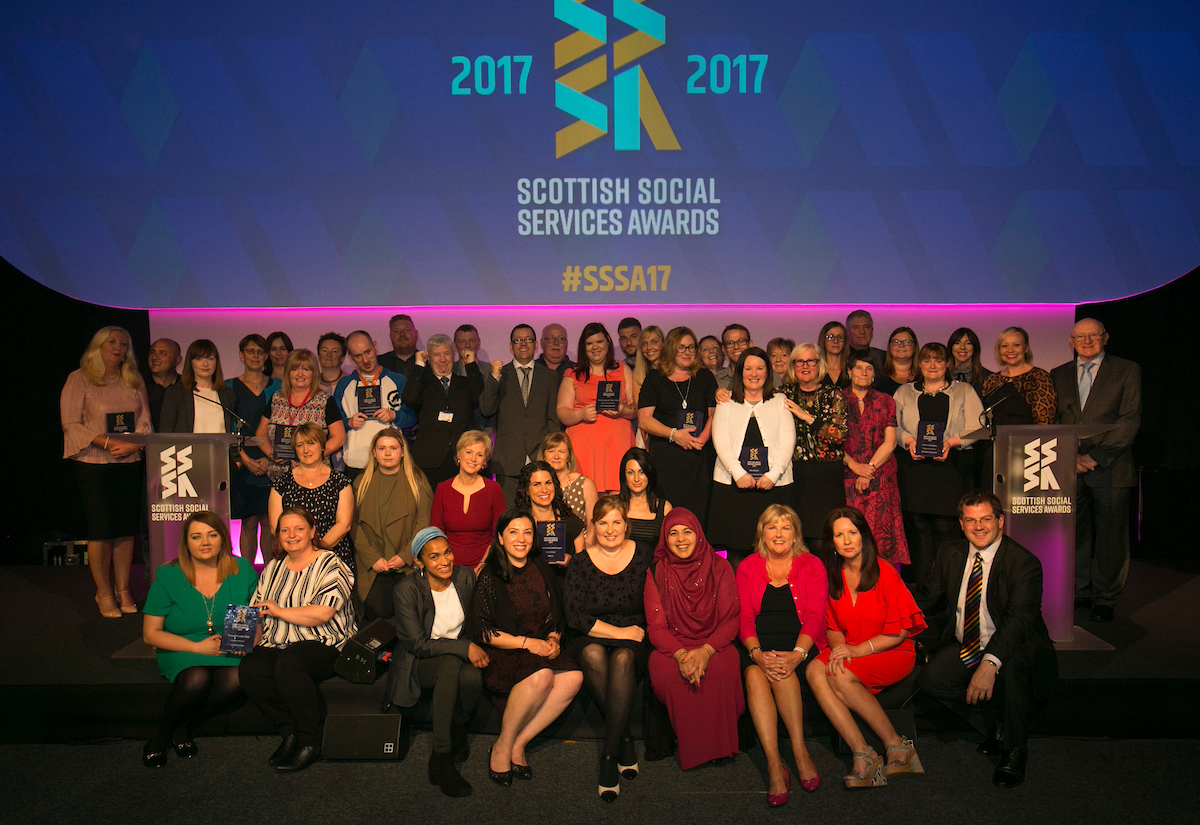 Scotland’s social services have been honoured for their outstanding commitment to improving lives for the people they support at the inaugural Scottish Social Services Awards.

Introduced by the Scottish Social Services Forum the awards cut across boundaries, celebrate excellence and bring one of the country’s largest sectors, which has almost 200,000 workers, together.

The new and distinct categories, such as ‘silo buster’ and ‘unsung hero’ have a fresh feel and honesty about them and are designed to acknowledge innovation, joined up thinking and a willingness to speak up for vulnerable people.

Ten winning individuals, teams or organisations were announced out of a total of 155 entries nationwide from across the third sector, independent organisations, local authorities and the NHS.

Delighted to be presenting the 2017 Scottish Social Services awards, the Minister for Childcare and Early Years, Mark McDonald said: “I’ve been immensely impressed by the calibre of the entries from across Scotland and the demonstration of dedication, compassion and resilience across the sector.

“The ten winning awards celebrate innovation, empowerment and the life changing work that is taking place across Scotland’s Social Services and our support for the people and communities we serve.”

The 2017 categories and winners are:

Bright Spark: individuals who are new to social services but are already making a real difference

An Enlightened Approach: promotes the importance of learning and development

The Courage to Take a Risk: looked adversity in the face and stood up to make a change

The Untold Story: an inspiring individual doing much more than just their job

Head Above the Parapet: spoke up about an issue, promoted social justice and championed the interests of the vulnerable

The awards were held at Crieff Hydro on June 13 and were jointly compered by the Minister for Childcare and Early Years and Scottish Broadcaster Sally Magnusson.  Sally added: “It’s been an honour to be part of this special awards ceremony and to celebrate the invaluable work being carried out across the social services sector to support those in need. I congratulate everyone who has taken part and thank them for sharing their amazing stories.”

Full details of the winning entries can be found at www.sssa.scot/winners and short films of all the award entries, produced by film and media students from Edinburgh College and the City of Glasgow College can be viewed on our YouTube Channel.