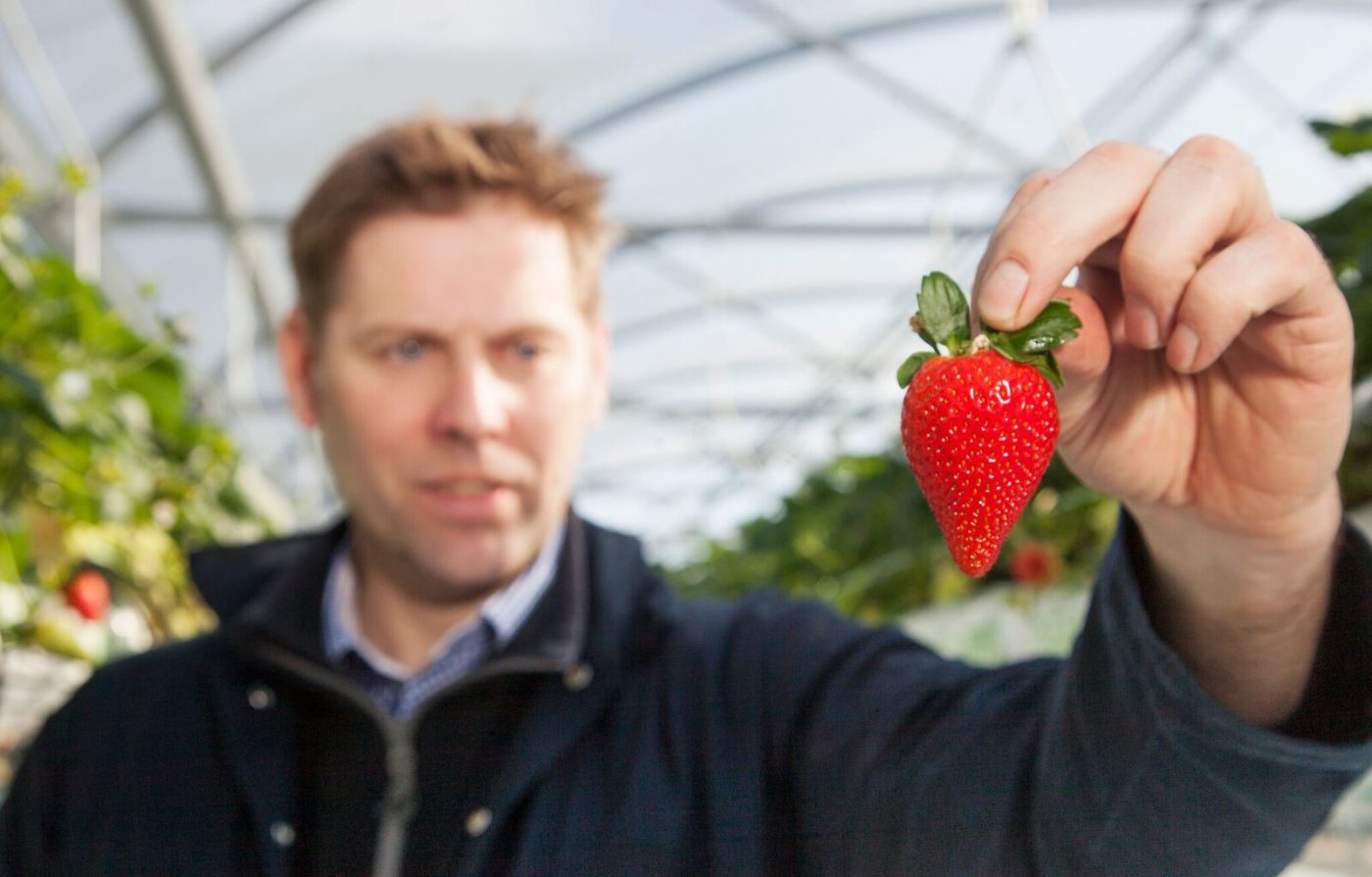 The first Scottish strawberries will hit supermarket shelves earlier than ever this year when they go on sale in Waitrose on Friday 10th March 2017.

They have arrived two weeks earlier than last year and it’s thought to be the earliest harvest of Scottish strawberries in any supermarket in Scotland.

The strawberries are grown in Angus by Abbey Fruit in specially built glasshouses heated by an innovative biomass heating system. Every year over the last three years since the system was introduced, the strawberries have ripened earlier.

Strawberries are usually thought of as ‘summer’ fruits, but thanks to the new technology, locally grown fruit is now available for nearly eight months of the year – from March to October. Importantly, it delivers consistent high quality, throughout.

The biomass system has allowed Scottish farmers like Peter Stirling, who grows strawberries for Waitrose on his farm outside Arbroath, to significantly extend the season and meet increasing demand for the berries. This year he estimates he will grow 170 tonnes of strawberries more than he did last year.

The biomass heating system also allows Scottish growers like Peter, to compete with farmers in England and the Netherlands. Peter grows the wood to feed the biomass boilers on his own land, ensuring a sustainable fuel source.

“Thanks to new varieties and new ways of growing strawberries in Scotland, we believe we’ll have our longest-ever Scottish season with Scottish grown fruit available from now to the end of October.

“This would have been impossible three years ago. Technology and farming techniques are advancing so quickly, that perhaps within another three years, we’ll have year-round Scottish strawberries! Being able to offer locally grown fruit also helps us to reduce transport and the associated carbon emissions.”

Peter Stirling, the farmer who grows Scottish strawberries for Waitrose:

·         Grows a variety called Lusa, which is lovely and naturally sweet. This winter has been colder than last year  which is good for the plants as it gives them the chilling hours they need to generate the natural sugars in the plant – so this year’s crop will taste fantastic

·         They will supply Scottish strawberries to the supermarket from this weekend, until the end of July

·         It is the third year Peter Stirling’s farm is using the biomass system. The first year they managed to bring the cropping forward 3-4 weeks; last year it was 10 weeks earlier and this year its 12 weeks earlier than normal