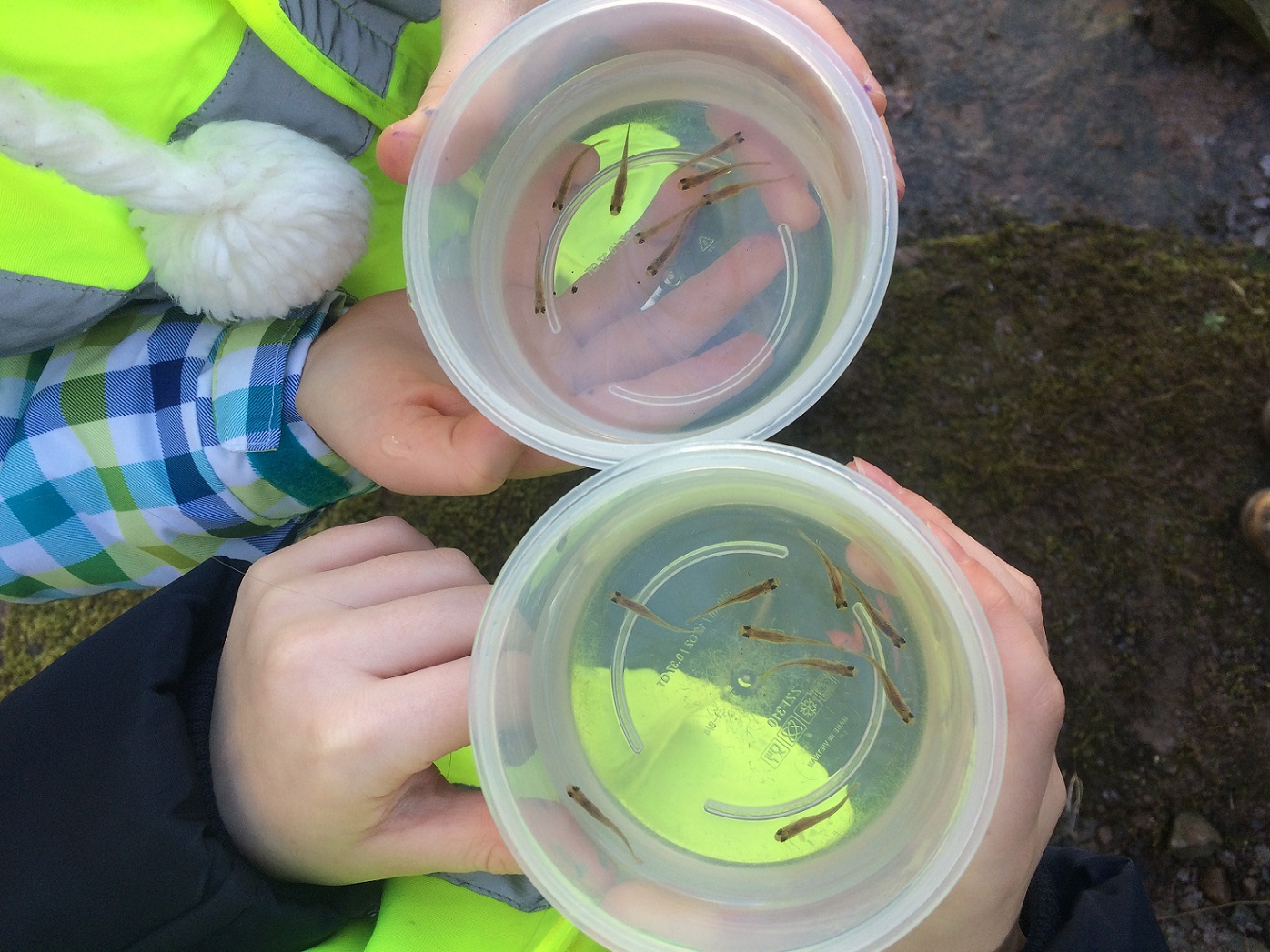 More than 40 primary schools situated across the River Clyde catchment are taking part in a project to hatch and release brown trout into the river system.

‘Clyde in the Classroom’ is co-ordinated by the Clyde River Foundation. The project, now in its 17th year, sees hundreds of pupils take on the job of rearing brown trout in their classrooms before releasing them to their local rivers. More than 1200 P3-P7 pupils are taking part this year, raising eggs and hatchlings from January through to releasing them into the river in March.

The project inspires children to engage with nature and protect their local environment. Clyde River Foundation catchment manager Willie Yeomans said, “Throughout the project children are introduced to the River Clyde and learn about its history, geography and biodiversity.  We work with participating primary schools to promote better stewardship of our river system and its inhabitants.

“Each class is assigned a Clyde River Foundation scientist as a trout mentor who visits weekly to help monitor the development of the trout and answer any questions. The pupils themselves are responsible for the day-to-day running of the hatchery and must ensure that the conditions mimic that of a real Scottish river so that they can release their fry into their local river at the end of the three-month project.”

Fiona Simpson, Asset Manager of The Crown Estate Scotland Portfolio said, “This year is a milestone for the project as the number of pupils taking part since 2000 reaches 25,000. With responsibility for management of salmon angling rights– including the major part of the Clyde catchment – we are a keen supporter of projects like this. It awakens in children a real sense of their environment, and how they can help it thrive. As a classroom project it provides learning opportunities across the curriculum as pupils monitor fish development, calculate what they need to keep them healthy and write up their experiences.”

Clyde in the Classroom started in 2001 with five schools in Glasgow. It is now the Clyde River Foundation’s longest running and largest education project. Clyde in the Classroom 2017 is crowd-funded by the participating schools plus a range of supporters including The Crown Estate Scotland Portfolio (main sponsor), the John Mather Charitable Trust, the WA Cargill Fund and the Cruden Foundation.  For more information see www.clydeintheclassroom.com.