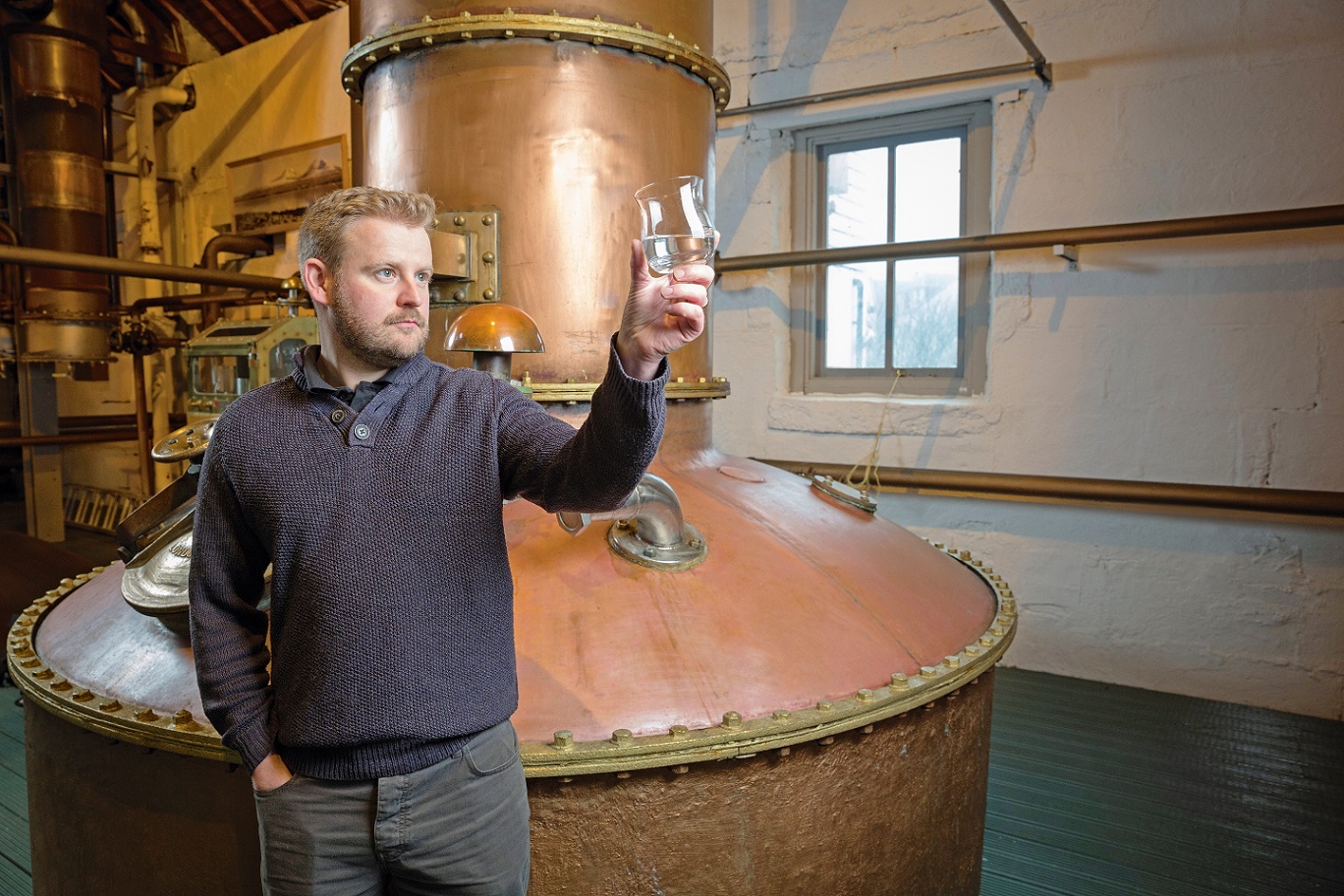 A dram may be traditional on Burns Night, but this year gin is emerging as a drinks trend for celebrations and suppers on 25th January.

Ginuary, as it’s becoming known, is the perfect opportunity to raise a glass of Scottish gin to toast the bard’s birthday after all, Burns was known to enjoy a gin just as much as a fine scotch.

The popularity of gin is on the rise, with one in every three bottles of spirit sold at Waitrose being gin, and sales of the drink in the supermarket enjoying an increase of 16% on last year.

According to figures published in December 2016, Scotland now produces 70% of the gin consumed in the UK.

As much as it’s considered an English drink, gin actually has a long history in Scotland going back to the 18th century when jenever -a Dutch gin – was first imported into Edinburgh’s port of Leith and later, when Scottish grain spirit was sent down to London to meet demand for the drink there.

Now Scotland is playing an integral part in the craft-distilling trend. A significant number of new, small batch distilleries and specialist gin bars have popped up in Scotland in the last few years.

Many of Scotland’s gins are tapping into the trend for locally sourced ingredients and either grow their own botanicals or use foraged, wild botanicals such as apple mint, clover and wood sage. The Botanist gin, distilled by Bruichladdich on Islay is a good example.

Created by Jim McEwan, The Botanist is made in equipment salvaged from a Glasgow distillery that was closing down.

“One of the things we got was a Lomond still, which is an unusual type – instead of the graceful shape most stills have, it looks like a dustbin and has since been named Ugly Betty,” explains Adam Hannett, who is now Head Distiller at Bruichladdich after Jim McEwan retired. “But it lends itself to really slow distilling, and that gave Jim the idea to use it for gin.”

Over a base of classic gin aromatics, the spirit is made with 22 botanicals that are foraged on the island by two local botanists. From creeping thistle flowers, to heather and gorse, everything about this gin shouts about its Scottish heritage. “It’s the essence of Islay,” says Adam Hannett, “You walk over the hills here, and you’ll see the plants we use.”

Even the water that brings the gin down to bottling strength comes from a local spring. “Jim wanted to get Islay into a spirit, and that’s what we’ve got,” says Adam. “This is a special place – it’s very small and friendly, and you can’t do anything quickly because you’re always stopping to chat to someone. So people here take their time over things. That’s how we’ve always made whisky, and it turns out, it’s a really good way to make gin too.”

John Vine, Waitrose Spirits Buyer says: “In the last three years, gin sales have risen at an unprecedented rate; we’ve never seen resurgence quite like it. Although Scotland is known for its whisky, with so many craft brands now, gin is being taken just as seriously. And although it’s hard to beat a classic G&T – a gin like The Botanist is great for sipping as a tipple by the fire. Alternatively, if you’re planning a party, gin is a fantastic base for plenty of cocktails, perfect for a Burns Night celebration.”