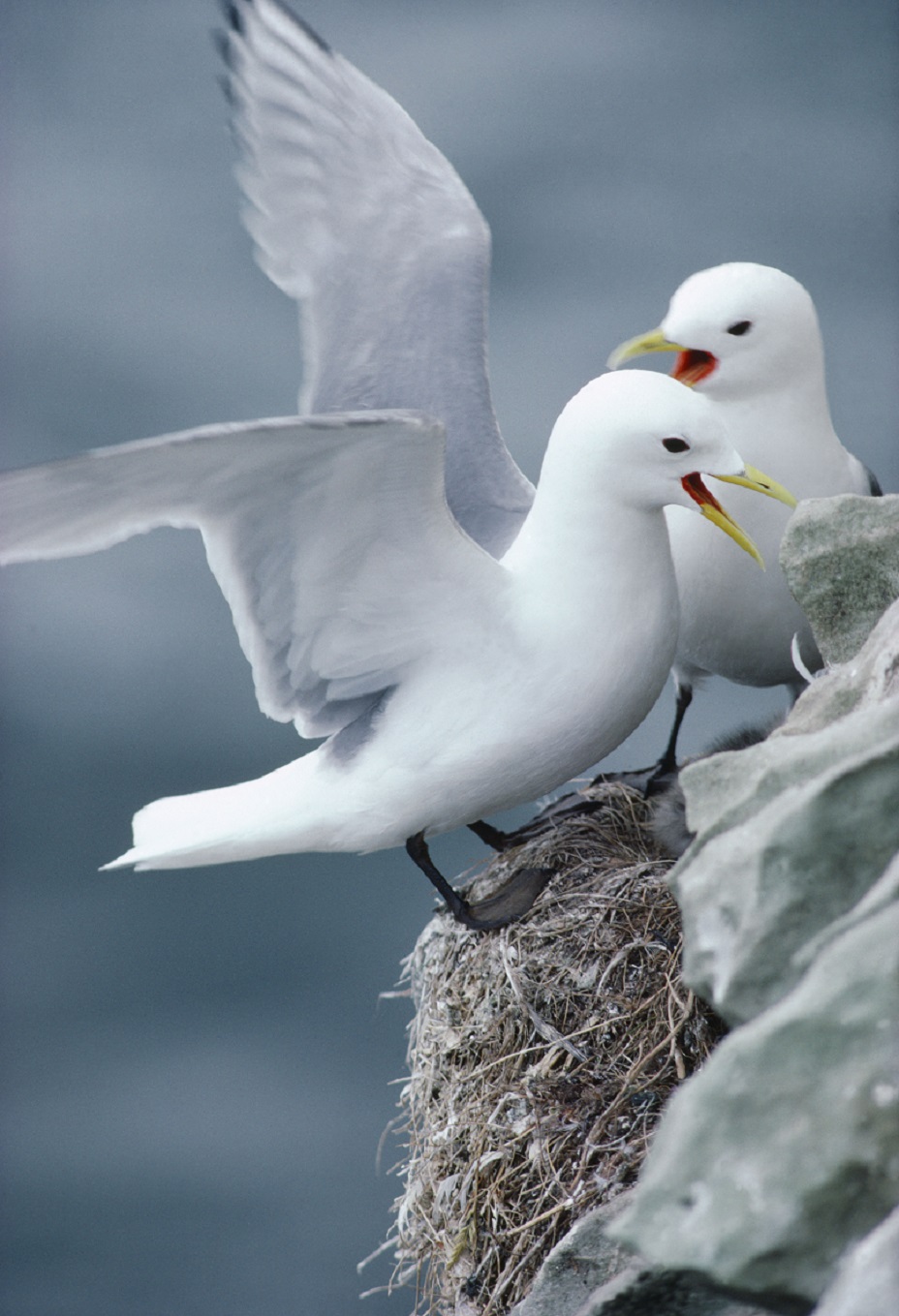 Kittiwake numbers on St Kilda have plummeted to their lowest level ever, with experts fearing that the population is at risk of collapse.

The National Trust for Scotland carries out yearly monitoring of the archipelago’s bird population. Across the seven monitoring sites this season there was just one kittiwake nest, and one chick hatched – which later died.

Now the heritage and conservation charity fears that it is witnessing the decline of the Atlantic’s most significant seabird sanctuary. After a century of growth, populations are rapidly falling. As well as kittiwakes, the populations of fulmars, guillemots, puffins and razorbills are also threatened.

Dr Richard Luxmoore, Senior Nature Conservation Adviser at the Trust said the decline signalled ongoing changes in the marine environment, particularly the plankton that are vital to the marine food chain.

“Seabirds are essentially part of the marine ecosystem. Although they breed on land they spend most of their life out at sea and they can tell us a lot about its health,” he said.

“In the last 30 years plankton communities have shifted northward by 1000 kilometres, more than the distance from Edinburgh to Paris, and it’s having huge impact. If vegetation shifted by a similar distance there would be pandemonium, but because it’s happening in the sea we tend not to notice.”

This year’s seabird survey recorded significant declines across most species. To highlight the issue, the Trust has produced a film about its work on St Kilda, which explores the complex factors affecting seabird numbers, including predation from great skuas, or bonxies.

Seven of the seabird species found on St Kilda are geographically significant and four of them – the northern gannet, Atlantic puffin, great skua and Leach’s storm-petrel – are important on a world-wide scale. Monitoring looks at breeding abundance as well as breeding success. The first shows more gradual changes to an overall population while the seasonal success – or not – of fledglings can indicate short-term fluctuations.

“The message that seabirds are bringing back to us about the marine ecosystem is extremely worrying. We used to think that the tiny organisms in plankton were quite immune to climate change. But their shift in range combines with decreased abundance of up to 70 per cent, so it’s not surprising that the seabirds that depend on this are being left high and dry.”

“If the inhabitants of St Kilda were to come back now nearly 90 years after their evacuation and see the cliffs that were once teeming with seabirds now almost empty, they would be horrified to see what has happened on the island where they once lived.”

The Trust operates a dedicated fundraising appeal, called ‘Love our Islands’, to support important conservation and ecological work on St Kilda and in the longer to term to help support the island and coastal places and communities in its care.

As well as carrying out wildlife conservation duties, the Trust works to preserve manmade dwellings including the iconic street, the church and Factor’s house along with hundreds of cleits (conical stone structures used for storage and drying of seabirds), enclosures and miles of drystane walling, as well as the enigmatic buildings in Gleann Mor.