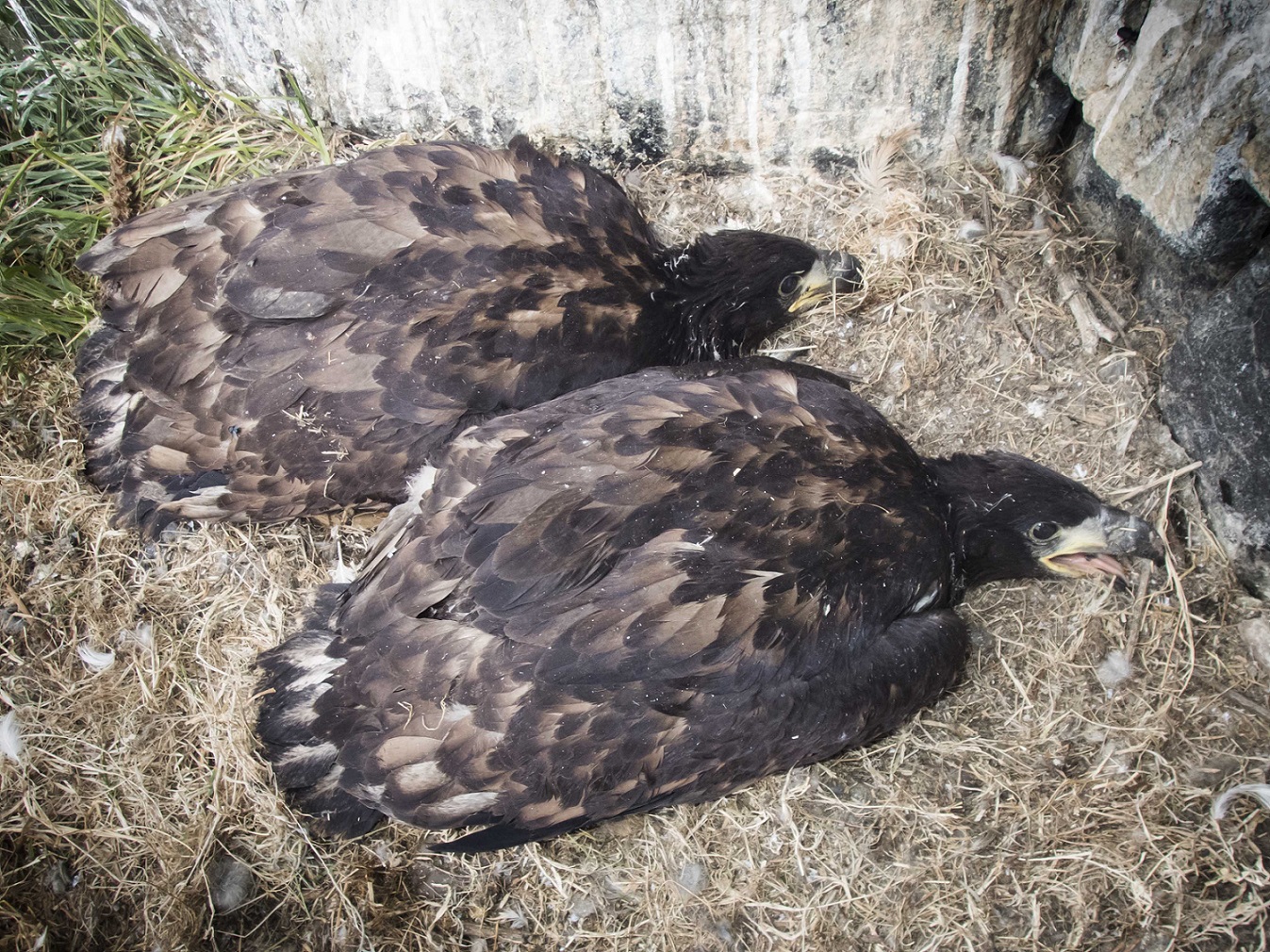 Sea eagles have had a successful breeding season on the Hebridean isle of Canna, owned by the National Trust for Scotland, with two breeding pairs both rearing two chicks.

The conservation charity also reported that the island’s golden eagles had also successfully bred this year, hatching one chick. Golden eagle chicks from Canna were for many years used to reintroduce the species to Ireland and the island is believed to have the highest density of eagles in Scotland

National Trust for Scotland Senior Nature Conservation Adviser Dr Richard Luxmoore said: “Canna has proven to be a very productive breeding site for sea eagles and most years since reintroduction we have had two pairs nesting on the island. It is not so common to have both pairs successfully raise two chicks each so this is great news.”

Sea eagles are territorial but may have several different nearby nest sites that they use from year to year. Local bird expert, Martin Carty, said the two pairs on Canna this year would have nested there previously. Sea eagles do not reach maturity until they are around five years old and can live for up to 30 years. Adults are identifiable by their white, wedge-shaped tails and broad wings, and are one of the largest birds of prey in the world.

One of the reasons Canna has been so successful is that it provides abundant food sources. Both sea eagles and golden eagles feed on Canna’s rabbits and seabirds while the larger birds also prey, to a lesser extent, on fish.

White-tailed eagles, or sea eagles became extinct from the UK in the early 20th century, largely due to human persecution. In 1975, conservationists began returning the species to its former range by reintroducing them to the neighbouring island of Rum. This was followed by similar reintroductions in Wester Ross in 1993, and most recently in East Scotland in 2007.

“National Trust for Scotland sites have had a number of breeding successes this year,” Dr Luxmoore said. “As well as Canna’s sea eagles, our ospreys at Threave in Dumfries & Galloway fledged four healthy chicks and for the first time in many years the same site welcomed peregrines. We also had hen harriers breeding at Mar Lodge for the first time in decades.”

The Trust is currently running its Love Our Islands campaign to raise funds to maintain the islands in its care, providing ongoing conservation of wildlife, culture, and archaeology. For more information or to donate, visit: http://www.nts.org.uk/loveourislands

Canna (Gaelic: Eilean Chanaidh) is the westernmost of the Small Isles archipelago, in the Scottish Inner Hebrides and was placed in the care of the Trust in 1981. It is linked to the neighbouring island of Sanday at low tide. The island is 7 km long and 2 km wide. It is a Special Protection Area under European Legislation for its bird communities and has the highest density of eagle nests in the UK.