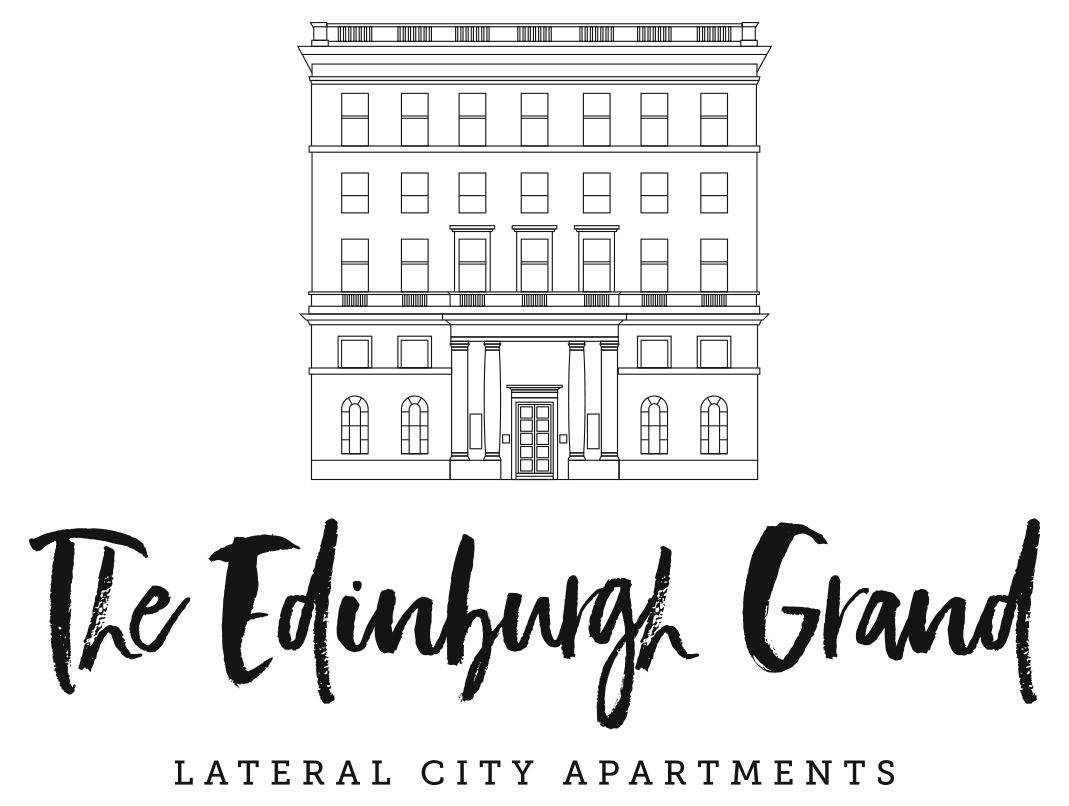 Plans for the major renovation of the Royal Bank of Scotland’s former home on St Andrew Square into one of Edinburgh’s newest tourism developments have been announced.

Due to open in summer 2017, The Edinburgh Grand is the latest addition to luxury accommodation provider, Lateral City Apartments’ portfolio of beautifully appointed serviced accommodation.

Positioned on the south-east corner of the vibrant square, the building will comprise 50 luxury apartments, many of which will feature retained original detailing.  Plans also include restaurants, bars, retail outlets and a gym.

Alongside the serviced apartments, Bon Vivant will be operating a coffee house and evening venue, offering late night entertainment and dining.

The Edinburgh Grand will also house a 200-cover bar and restaurant, located in the former banking hall, as well as further retail outlets. The occupants of these additional spaces, and others which are currently being developed around the site, will be announced in due course.

Gavin MacLennan, General Manager of Lateral City Apartments, said: “42 St Andrew Square is a building full of history and heritage, and after years of being closed off to the general public, we are extremely excited to be working on what will become the pride of the city when complete.

“Although relatively new to the market, Lateral City has firmly established itself at the higher end of the serviced apartment sector, with a number of awards recognising our unique approach.  We’re looking to replicate our current ethos in The Edinburgh Grand, which will sit well alongside our existing properties – Old Town Chambers and Merchiston Residence – and will offer an increased variety of options amongst the city’s burgeoning serviced apartment sector.”

The development is being led by the Chris Stewart Group, which has previously been responsible for major developments across the city, including the award winning redevelopment of Advocates Close.

Karen Brown, Interior Designer with the Chris Stewart Group, explains the opportunity which the development offers: “From the Grand Studio apartments lined with rich Cognac timber panelled walls and elegant marble fireplaces, to the three-bedroom rooftop Penthouse with its all-encompassing views across the city, each apartment has been carefully considered to ensure it has its own unique character. A decadent palette of materials, including bespoke fabrics and wallcoverings, complement the tailored furniture to create a luxurious yet home from home feel.

“The building is brimming with original features from the monumental entrance doors featuring heraldic emblems, marble clad walls and ornate cornicing, to the bronze balustrade lining the atrium, all of which we’ll be incorporating into our final designs.”

The kitchens in each apartment, which are fitted out to a high standard, also offer guests the flexibility of preparing and eating their own meals, making them perfect for both short city breaks and longer business stays.

Chris Stewart, Chief Executive of the Chris Stewart Group, commented: “Our newest project is proving to be one of our most challenging, but also our most fascinating.  There are details around almost every corner which we keep uncovering, with a whole raft of original fixtures and fittings still visible.

“The development of the old RBS headquarters is part of a wider plan to create a vibrant, active area in a prestigious part of the city – which has been neglected for a number of years – by providing an attractive and safe environment for all.  This will include the pedestrianised West Register Street and the addition of lights, street furniture and greenery, which will enhance both the ambience and security of the area.

“The overall development will take several years, although we are sure the results will make the wait more than worth it.”